Board of Directors and Team

Kevin R. CurrieChairperson
Kevin R. Currie is a long-time private pilot and past director of the Aero Club of New England (ACONE) where he also oversaw ACONE’s scholarship auction committee for a number of years.

Kevin has worked in adult and higher education for over thirty-five years. Prior to founding the Continuing & Professional Education Consulting Group (www.edproff.com), he was the Executive Director of Northeastern University Online and Senior Associate Dean for the College of Professional Studies. In fewer than ten years, he grew online quarter hour enrollments from fewer than 3,125 to more than 125,000 representing 48 states and 85 countries. During that time, Northeastern University Online went from offering several courses to hosting more than 70 programs that range from professional development certificates to doctoral degrees. Kevin also created the College’s internal recruitment and student coaching unit and oversaw admissions and marketing for the unit. In addition to his higher education experience, Kevin has worked in corporate sales and management, telecommunications consulting, and professional development training. Previously, Kevin was the director of the State-of-the-Art Program at Northeastern University, where he also developed educational programs for Indonesia in voice and data communications, as well as a cooperative venture with the University of Oxford, England.

Before joining the College of Professional Studies, he served as director of the corporate training group at Boston University, where he oversaw the delivery of programs to corporations and expanded the delivery from regional to international with programs in Egypt, England, the Netherlands, and additional European countries. He also served as general manager of Nelson Communications, where he was the founding director of their Telesolutions division responsible for the oversight and presentation of executive-level programs across the United States and Europe. Kevin attended Framingham State University for his undergraduate degree and graduate studies, has a Certificate in Training and Development from Boston University, and completed the Institute for Management and Leadership in Education at Harvard University’s Graduate School of Education.

Joseph J. DiniVice Chairperson
Mr. Dini has previously served as Chairperson and Treasurer of MASM. He is currently president of Air Credit Alliance, Inc., an aviation finance consulting company, and sits on several boards. He has been directly involved in aviation finance for over forty years. Owner of several aircraft acquisition and marketing companies, he has written many articles on aircraft finance and presented at a number of national and international aviation finance symposia. As former trustee of Daniel Webster College, he chaired its finance committee, and is former chairman of the Lexington (MA) School Committee. Mr. Dini is a pilot and an officer in the Civil Air Patrol and served in the U.S. Navy reserves. He holds a B.S. in finance from Northeastern University and M.S. degree from Lesley University.
Georgia E. PappasPresident
Ms. Pappas started flying when she was 18 years old at Hanscom Field, Bedford, MA, and has been a member of the Ninety-Nines since obtaining her pilot’s license. She has held numerous chapter positions and currently serves as Governor for the New England Section. Georgia is retired from Massport where she worked at Logan International Airport for over 30 years, and in 1976 was the first female to hold the position of Operations Supervisor/Manager. During those years, she was also employed by major Boston radio stations as a Skyway Traffic Reporter, where she broadcast live, on-the-spot traffic reports from both fixed wing and helicopter aircraft flying over metropolitan Boston. She has served on the Presidential Women’s Advisory Committee on Aviation, appointed by FAA Administer John H. Shaffer. Georgia is the proud owner of a 1979 Grumman Tiger which is based at Hanscom Field, Bedford, MA.
Jim WiegelVice President Finance, Clerk
Mr. Wiegel also served MASM as Treasurer. He is the National Sales Manager at Wellesley Investment Advisors, Inc. He joined the firm from FundQuest, a turn-key-asset management provider. He specializes in consulting with financial intermediaries relative to investments employed at their firm and specifically, how the Wellesley’s strategy can fit into a well-diversified asset allocation strategy. He is responsible for distribution of Wellesley Investment Advisors, Inc. investment strategies in the United States focusing on financial intermediaries.
He has over 30 years of investment consulting, business development, product management, and information technology experience to his post at Wellesley. Prior to joining the Firm, he was accountable for distribution efforts of FundQuest’s separate managed accounts in the west and southwest. During his career, Jim has served as an investment advisor representative, independent RIA, portfolio manager, and investment wholesaler.
Prior to entering the financial services industry he served 13 years as a Program Manager for GTE Government Systems Corporation building communications systems for the US Army and DOD.
While in the US Army Reserves he served as a Military Intelligence Officer and Commander. His assignments included the US Army Space Command, the National Security Agency, and Defense Intelligence Agency. On active duty in Germany he served as Communications and Electronics Officer in tactical Army battalions and a strategic US Army Security Agency battalion. In the national capital area he served on active duty with the National Security Agency. Recalled to active duty after September 2011, he served as the Americas Team Chief for the Joint Chiefs of Staff and Defense Intelligence Agency with the Joint Intelligence Task Force Combatting Terrorism.
He is a graduate of West Point with a B.S. in Engineering, George Washington University with a M.S. in Telecommunications, Babson College with an M.B.A concentrating in Finance, and Boston University with a diploma in Financial Planning. He is a retired Colonel in the U.S. Army Reserves.
James N. Tamposi IIITreasurer
Jack is a Senior Analyst at Cerulli Associates, a consulting and research publishing firm. Jack has led U.S. market entry strategy and U.S. institutional pricing optimization projects, supporting both foreign and domestic asset managers. He is the lead author of Cerulli’s North American Institutional Markets report and heads Cerulli’s periodical Institutional Edge publication. Prior to joining Cerulli, Jack worked as a Research Associate for Chatham Partners.
Robert SegalDirector
Bob served as President for a number of years. He has been a part of numerous grant proposals, submissions, and awards for projects in which he was the designer, including NEH, NEA, Getty Foundation and Rockefeller Foundation. His installations have included content that has ranged as far afield as The Louvre, the British Museum, the Metropolitan Museum of Art, the Reichsmuseum, and the Getty Museum. He was an integral member of the team which designed and oversaw the total renovation and reinstallation of the Peabody Essex Museum in Salem, MA. His clients include the Worcester Museum of Art, the Museum of Fine Arts of the Rhode Island Scholl of Design, MIT, Colby College, and Babson College. He has extensive experience with aviation museum and displays that among others include: The Museum of Flight of the Experimental Aircraft Association; The Museum of Soaring of the National Soaring Society; The National Air and Space Museum; and Air Force One. He has designed other projects for AT&T, Teradyne Corporation, State Street Bank, National Park Service, and the Army Corps of Engineers. Mr. Segal is also an active private pilot and resides in Arlington, MA. 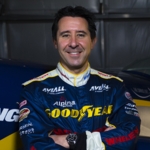