The Massachusetts Air and Space Museum is pleased to welcome Michael Goulian to our Board of Directors. Mike is an aerobatic national champion aviator who races in the Red Bull Air Race World Series under the number 99.

Mike began his aerobatic training in 1985 during his pilot study. He then established an aerobatic school within Executive Flyers Aviation. While earning his living as a corporate airline pilot, Michael worked his way toward the top ranks of air show display flying and competition aerobatics and became US National Champion in the Advanced Category at the age of 22, making him the youngest pilot ever to have won that competition. In 1992, he was the top-ranked US male aerobatic pilot and Silver Medalist in the Unlimited Category, an achievement he repeated in 1993. In 1995, he became the US National Champion in the Unlimited Category. He was a member of the US Aerobatic Team in 1994, 1996 and 1998.
In 2006, Goulian was awarded the prestigious Art Scholl Memorial Award for airshow showmanship by the International Council of Airshows (ICAS). In 2009, Michael was awarded the Bill Barber Award for Air Show showmanship and in 2011, he was awarded the ICAS Sword of Excellence. By receiving all three air show awards, Michael became one of only 7 aviators to win the Triple Crown of the air show industry. Michael joined the elite group with such air show luminaries as Sean D. Tucker and Bob Hoover.
Michael Goulian is co-author of a series of books called Basic and Advanced Aerobatics, published by McGraw Hill, which became the industry standard for aerobatic flight training manuals.
Cirrus Aircraft has been one of the main sponsors of Team Goulian in the Red Bull Air Race World Championship seasons since 2014. Goulian flies an SR22 for his business and personal travels. 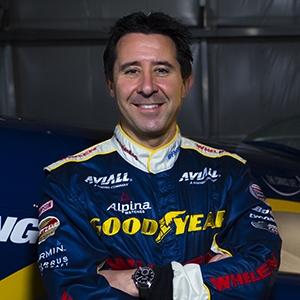